I have only been to Charlottesville one time, and I was actually quite fond of the place. In 2006, I was chosen as a Ron Brown Scholar, a scholarship offered each year to "young African Americans of outstanding promise".[1] The organization's headquarters are in Charlottesville, and I had the opportunity to visit one summer. I remember being impressed with the lush landscapes and antebellum architecture. As my history studies at Stanford had not yet created my disdain for Thomas Jefferson,[2] I was awed by my visit to Monticello. I was well aware that I was on former confederate land, but that point seemed to me, in the 21st Century, mostly irrelevant.

Why? I was born in Robbins, Illinois, a small village in the south suburbs of Chicago that is one of the most historic black towns in America. Long before Dwyane Wade's was getting buckets at Richards HS, this town was renown for having the first black airport,[3] which was the only place that most black pilots, like the Tuskegee Airmen, could train. Around the age of 5 or so I moved to 83rd & Cottage Grove in the Chatham neighborhood of Chicago's Southside, home of Chance the Rapper. During my childhood my family struggled with drug addiction and violence on a continuing basis. The Chicago that people talk about with fear and pity is the same place that I learned to ride a bike and play basketball. It was also a place where I learned how to survive.

> If you've got 30 mins to kill I talk with my friend Emily about my childhood on her podcast.

Eventually, I moved to Harvey, a city just south of Chicago that has all the familiar problems of the South-Side with a fraction of the police force. This town is probably most known for its rampant corruption, which is very well documented.[4] The violence I grew up with in Chicago was honestly mild compared to what goes on in Harvey. I lost enough friends to gun violence to stop counting. Harvey was unofficially known as the unsolved murder capital while I was in high school.[5]

While Chicago is sometimes known as ChiRaq, it's actually Harvey that's a closer comparison.[6] By the time I was graduating third in my class in high school Harvey PD was 0-9 on homicides that year, the most recent of which was a good friend of mine and classmate Willie Llyod III who was found dead in an alley by an elementary school mere weeks before graduation. In case you were wondering yes, he is the grandson of infamous Vice Lord boss Willie Lloyd. On the streets many people thought that Willie's death was a hit by none other than Mayor Eric Kellogg. The city of Harvey was ordered to pay $1.4 million to settle a civil suit accusing Kellogg and a police detective of sending a man to prison because they thought he and Willie stole cocaine from them.[7]

You may be wondering, What in the world does all of this have to do with Charlottesville? Well I thought if maybe you knew where I was from, you'd realized there is NO WAY IN FUCKING HELL I would be scared or shook by this "Alt-Right" rally. The Klan carried torches because they wanted people to fear them, so I assume your tiki torches were for the same purpose. You see, I've been through some shit in my life. I've had to endure the violence I described above, the crack epidemic and subsequent "War on Drugs" that has built up the prison industrial complex that continues to systemically imprison people who look like me at an alarming rate.[8] I've had my family and friends cycle in and out of prison and/or wind up dead as a result of a deck that has been perpetually stacked against them. None of this has stopped me, nor will you.

when you have to use a polynesian cultural product (tiki torches) to defend and assert white supremacy ???? pic.twitter.com/m8QlStRW0H

So forgive me if I don't wanna hear from a bunch of polo shirt wearing, tiki torch carrying bigots who think just because they can't get laid or get a job that they as white men are somehow under attack. Growing up on Chicago's South Side and earning an academic scholarship to attend Stanford University, I've always known that there were people who were angry about it. Not because they knew me or my merits, but because they were not going to get into Stanford. I can only imagine how many of the 93% of applicant rejected by Stanford that year cursed minorities like myself who were only being admitted because of the color of their skin. To all those people I can only think of one thing to say... FUCK YOU, I am the American Dream. 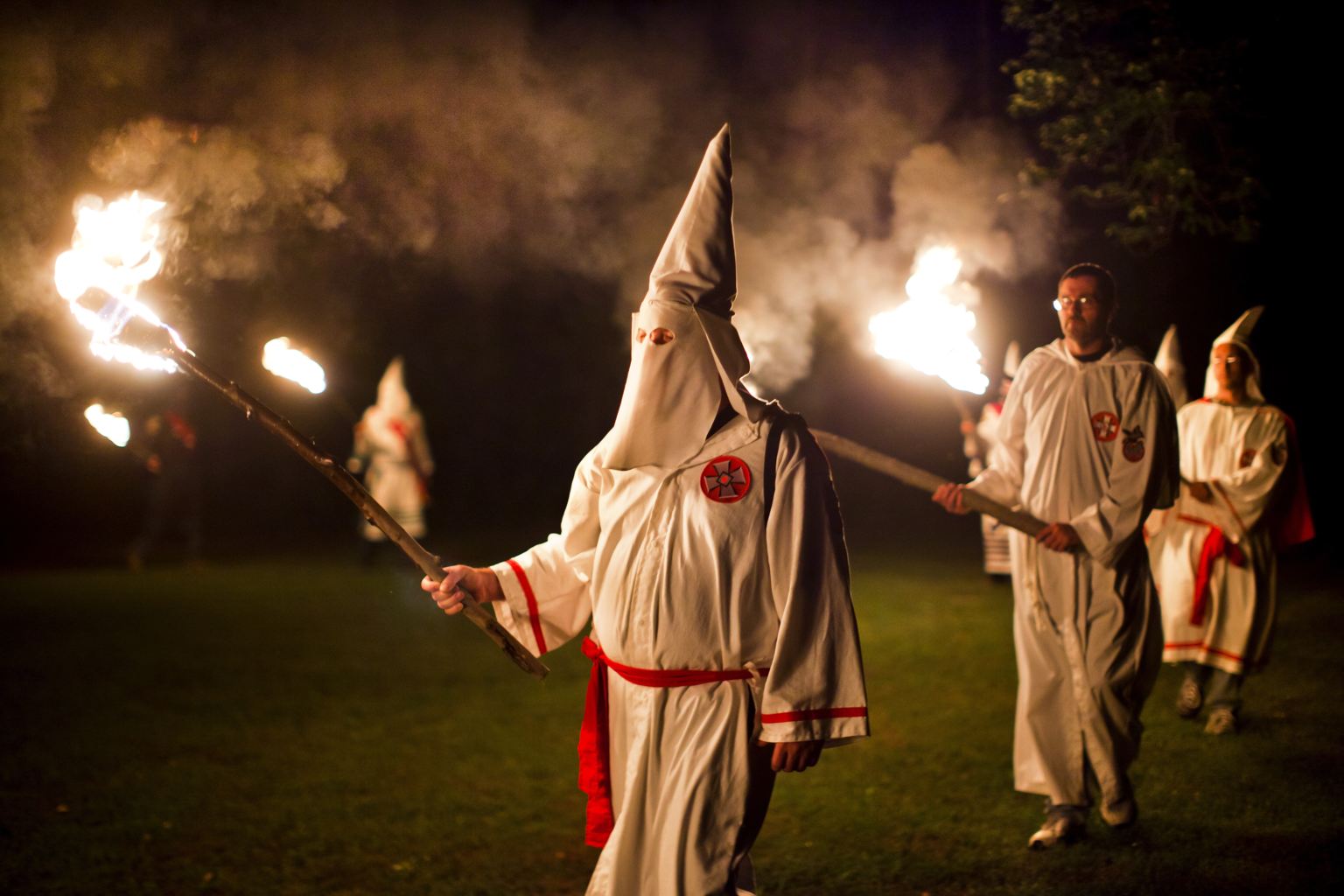 This is what a real torch looks like, BTW

I have survived more in my 29 years on this earth than most of the people at that rally will in their entire lives, fact. Your little luau party torches are a disgrace to your Klan ancestors.[9] And while their antics struck fear in many people for many years the KKK did not win, just like the Confederacy did not win, just like the Nazis did not win. Every time that hate has risen up to bring fear into our society we have come together and defeated it. You are no different. You are in fact a very PUNK ASS version of these groups, and we will defeat you all the easier.

We'll defeat you by exposing you to your employers and friends. If you learned anything from the James Damore saga it's that your words and actions can have consequences.[10] Shut up talking about the first amendment. I graduated with a degree in American History from Stanford University. I can unequivocally tell you that you have no idea what the fuck you're talking about.[11]

To those of you who were pictured at this rally and don't actually associate with the hatred that it has come to be known for: You have to speak up! You have to realize that even if you don't completely agree with those sentiments the world is going to forever associate you with all of it, cowardly terrorist attack included. The angry bro screaming in the first photo (Peter Cvjetanovic if you're curious) tried to clarify that he's not an angry racist, he's just trying to preserve white heritage.[12] But I don't wanna hear that shit. We don't want to hear that shit. We only want to hear actual contrition. We will continue exposing you, shaming you. You're going to face professional and personal sanctions of Kim Jong Un proportion.

The last book I finished was an excellent book by Jon Ronson titled "So You've Been Publicly Shamed". In this book, Ronson gives an enjoyable history of public shaming leading up to the public shaming renaissance that is occurring today. You see, with sites like Twitter there are many tools at our disposal for shaming each and every one of you in a permanent way. Unlike the former Klansmen and Nazis who were able to take off their uniforms and live in relative obscurity, you all will have no such options available to you. So you're going to have to explain to your children when they Google your name for the first time why you are associated with this hatred. I refuse to believe that you all stand for that, but I also have no problem with you being a casualty in the war against hate if you are not willing to openly and forcefully disavow this movement. 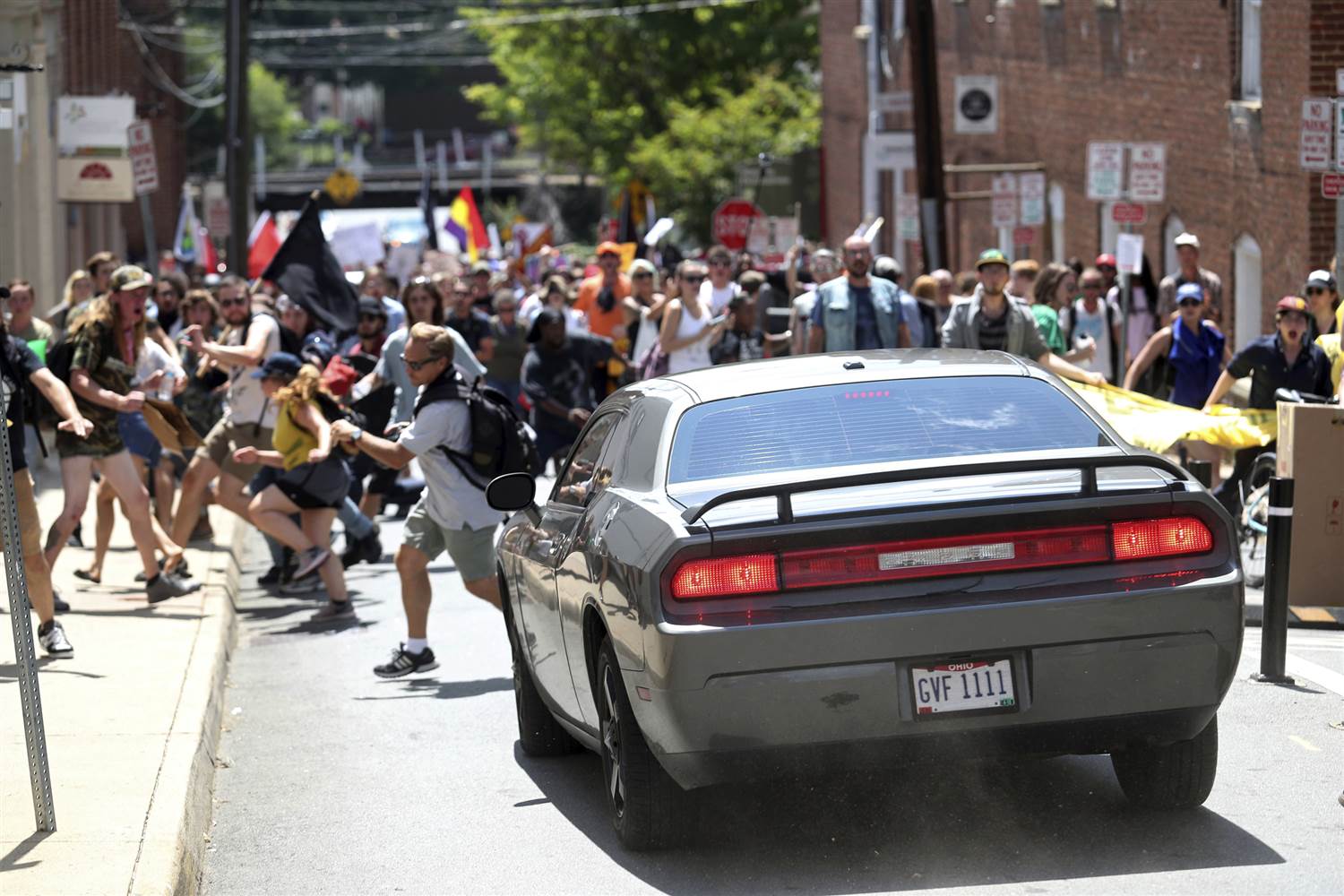 For some of you it is already too late, as you've already felt the backlash from your association with bigotry. But for anyone else out there who attended that rally and now regrets it here's some free advice: Don't step away from these groups, RUN AWAY as if your life depended on it. Find a community that will not hesitate to take you in and make you a powerful ally, because unlike the movement you've associated yourself with we believe in love and inclusion.

Heritage? Most of these statues were made after the war was lost buddy.